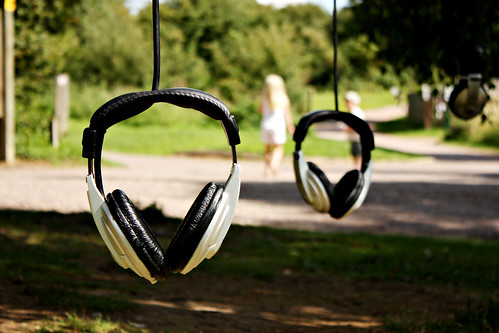 Trying to be an ally has been a learning experience. I started out thinking I could do no wrong as long as I cared about whatever community I wanted to support. I put so much faith in my ability to empathize that I assumed it gave me license to defend a cause in any way, and I didn’t think twice about speaking over other people or acknowledging that I can never truly understand someone else’s experience just because I watched a moving documentary about it. As long as I genuinely cared, I reasoned, how could I go wrong?

I’m still learning, but I now realize it’s not that simple.

One lesson I’ve learned only recently is that I don’t have to be part of everything in a community I want to support.

I repeatedly see this issue come up whenever a marginalized group tries to have a space or a conversation of their own. One of the most recent examples was the Twitter campaign #BlackOutDay, where Black people shared pictures and stories about themselves to celebrate Black beauty. The campaign was so popular that it’ll now become a tradition for the first Friday of every month, with the next one happening April 3rd. But on the first day of it, many white people called the whole thing racist and complained that a “White Out Day” would’ve been shut down instantly.

Another example was YouTube’s #DearMe campaign launched in honor of International Women’s Day. Though anyone could participate, the campaign featured multiple women YouTubers giving advice to their younger selves as a way to encourage young girls. After watching the video, I scrolled through a string of comments complaining that if there was an International Men’s Day, people would be screaming sexism from the rooftops.

Honestly, I get where they’re coming from. I’m white, so you wouldn’t see me tweeting pictures or stories of myself as part of a Black Out Day. It wasn’t meant for me. And that isn’t the first time I’ve felt excluded. While reading about organizations representing LGBTQ+ communities or Disabled communities, I’ve noticed applications for opportunities that sound really cool. Then I realize the opportunity is meant only for people who identify as part of those communities. Feeling that sense of exclusion, I’ve wondered the same thing that some people on Twitter and YouTube did:

Why is it okay that there are opportunities or conversations meant specifically for certain groups, like Black people or women or LGBTQ+ folks or Disabled students or any other marginalized people? Why isn’t this just another form of harmful discrimination?

There’s a fairly simple answer here. Though every marginalized community is certainly unique and faces its own individual struggles, most of which lie outside of my experience, what I can say is that all of them have a long history of being overtly oppressed – of being, well, marginalized.

These communities were not granted rights from day one, but had to actively fight to attain them – and are still fighting today. They are people that have to continue asserting that their lives matter, that they deserve to be treated as equals to white people, nondisabled people, straight people, men, whatever the majority in question happens to be. These are people who, in many cases, have spent much of their lives feeling the same sense of exclusion that I felt for only one short moment.

So, maybe a better question to ask is, why shouldn’t these communities have a space of their own?

The truth is, as a white person, it’s rare that I feel excluded. I can easily find other white people to talk to, watch tons of movies starring white people, and go to many schools where I’m likely to make a lot of white friends. Same goes for being straight, being nondisabled, and probably for many other things I’m not even aware of.

As a woman, I’m going to face some challenges, like earning equal pay, dressing how I want without repercussions, and generally making my own choices about my body. And it’s really nice to have a community of other women to talk to about these things, to have some spaces of our own for our thoughts to be heard and understood, because that hasn’t always been the case.

It doesn’t mean that I don’t value what men have to say or that men aren’t also important to me or that men don’t have their own specific challenges. It doesn’t mean anything other than what it is: the simple fact that I enjoy having opportunities to talk to other women and discuss challenges that women face. There’s nothing insidious to read between the lines unless someone puts it there.

That’s why I’m not going to begrudge others for having their own communities that may not always include me, and I don’t take it as a personal insult when they do.

In fact, if I want to be part of a wholly inclusive, equal, and diverse society, then I should be thrilled to see that there’s now room for other communities to grow and to nurture their own future generations. I should be happy that other people are getting some of the opportunities I’ve always had. I should be excited that I’m getting to learn about a diverse array of perspectives that are different from my own.

Honestly, I still struggle with understanding the role of an ally sometimes. I mean, I don’t even know if writing this post is ironically counterproductive to my message.

But more and more, I feel that if I want an equal society, I need to be willing to step aside and give other people the space to talk. It’s okay if I’m not part of every conversation. And it’s also okay if sometimes my only role is to listen and learn.

Am I right about this? What do you think about the role of an ally? Let me know your thoughts in the comments, and thank you so much for reading.

Learn More
– #BlackOutDay on Twitter
– #DearMe on YouTube
– Chescaleigh: 5 Tips for Being an Ally
– Chescaleigh: Here’s Why #BlackOutDay Was So Incredible
– Everyday Feminism: 10 Simple Ways White People Can Step Up to Fight Everyday Racism
– Witty Bitches: Level Up Your Allyship
– Everyday Feminism: 10 Things All Allies Need to Know
– Feminist Current: How to be a (Male) Feminist Ally
– Redemption Pictures: How I Became a Jesus Feminist
– TransWhat?: A Guide to Allyship
– ElloSteph: How to Actually Be an Ally
– Huffington Post: 10 Reasons to Give Up Ableist Language
– Ask an Autistic: How to Be an Ally
– Hannah Witton: How to Be a Good Ally